The responsibilities of the City Clerk include processing and distributing City Council agendas and attending City Council meetings to record the council's legislative actions including the adoption of ordinances, resolutions and minute actions.

The City Clerk is responsible for administering the City's elections and in this role coordinates and advises public officials, candidates for office, and the public on election matters, campaign disclosures and voter registration. The City consolidates its elections with the county of Kings.

As the City's custodian of records, the City Clerk maintains protective custody of all official City documents such as council actions, agenda related materials, public notices and historic documents and assures archival preservation of records for public and official use. In addition, the Clerk maintains custody of the City seal and assures publication and posting of legal public notices.

The City Clerk provides a variety of information gathering and records retrieval research services to the public and public officials regarding elections, city government, legislative processes and actions, and municipal corporate history, as well as preparing applicable city ordinances in a book form, including updates, subscriptions, duplication and distribution. The City Clerk completes in-house codification of all municipal code updates and is responsible for periodically updating the City's webpage. 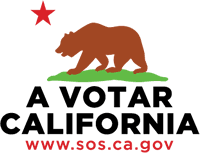